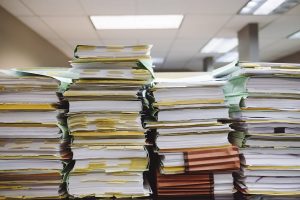 An attorney’s definition and expectation of a “complete medical record” can often be as elusive as the Loch Ness Monster.

First, have you ever wondered why you have received 2-3 different “versions” of the medical record? There are several definitions as defined by AHIMA (American Health Information Management Association); the medical record department. When dealing with a litigation request, the attorney will typically receive the “Legal Medical Record.” Under HIPAA, the patient has a right to a “Designated Record Set.” To throw a few wrenches in the mix, each facility defines what is included in their record sets. For instance, a Designated Record Set does not always include outside records such as those from a nursing home or referring hospital. Also, the recent Ciox decision has upended the charges allowable if a record is sent to a third party.

Also, with Electronic Medical Records, there is typically no magic button for “print entire chart”. Often, the HIM department must access several sections and produce them separately. For example, in the EPIC EMR, the anesthesia documentation may be stored in a separate module and need printed/exported separately. The EMR may be produced with only the electronic portion, and not scanned documents as determined by the facility?s definition of their record sets.

Although different versions and sets of records can be produced, not all is lost. The important fact is that even if data is not included in a Legal Medical Record or a Designated Record Set, it is still discoverable. This data includes audit data/trails/logs, source data such as radiology images, EKG strips, sticky notes, and video surveillance.

The first recommendation is requesting the medical record in such a way as to get as much data the FIRST time. For example, if you know the EMR the facility is using, use specific requests. For example, and EPIC record should be requested with all versions and attribution data for all progress notes. PointClickCare should be produced with both effective and created dates and all ADL strikeout data. Of note, these items apply to defense attorneys also. For more specific and comprehensive medical record requests, please contact Gonsman Group.

The second recommendation is to know what you have and what is still available. Do you know what should be in a “complete” nursing home chart? Was the facility utilizing a communication system such as Vocera or real time location services such as Verus? Do you need Pyxis records? Are you aware that data from hyperlinks is not automatically produced in the printed EMR?

Another issue I deal with often are requests for audit data. This data comes in many shapes and sizes. Audit trails/logs are typically thought of as EXCEL spreadsheets which are produced separately from the medical record. However, there can be audit data in the produced medical record if you know where to look. For example, created dates are audit data. Attribution information is audit data. All audit data is automatically created by end user and background activity in the EMR. Again, you have to know what you have, what you need, and what is available. For more information about audit data, please contact Gonsman Group.

This paper was not intended to burst anyone’s bubble concerning a “complete medical record”. When there is litigation, all the relevant facts should be evaluated. What was not produced is often as important as what was produced. It is imperative to know what the case is about, and what additional information needs to be requested. For example, if a case is about a medication error, one most likely will not need source data from radiology; but that could be considered part of a “complete medical record”.

For further questions, please contact Michele Gonsman at 814-937-4264 or michele@gonsmangroupLNC.com.

Use Gonsman Group on EACH and EVERY medical case. Gonsman Group will review the record and AUDIT TRAIL (if necessary) with a fine tooth comb. Gonsman Group should be involved from the very beginning of each case. All too often attorneys simply want a testifying expert. Gonsman Group legal nurses are invaluable members of your team and can provide priceless "attorney workproduct" input. They can review a case for merit, give you an in depth case analysis, provide a list of missing medical records, provide a list of possible people to depose, and much much more.
View all posts by Michele Gonsman →